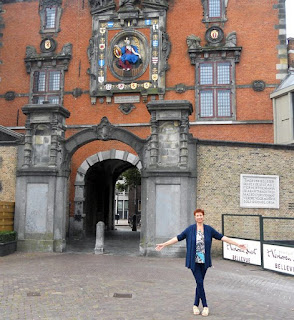 This month I am celebrating my 25th Anniversary as a certified travel agent! ♥
It all started in the early 1990s in Dordrecht, where I lived and worked at that time. Tired of boring office work I decided to change my profession to become a travel agent, and I really went for it! 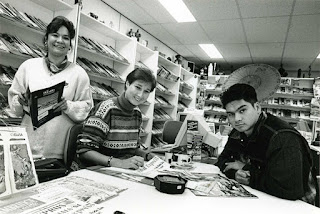 In May 1993 I passed my exams and from that moment on, my new career in the travel business took off.

I worked 5 years in travel agencies in Holland and have very happy memories of the agency I worked for longest, Star Travel. I worked there until 1996. 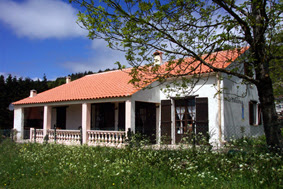 In 1996 I had the opportunity to work with Peter van Deursen, who was my boyfriend at that time, to start a company around writing travel information booklets for large tour operators. By 1997 our biggest solid client was OAD travel (Holland). We worked for several tour operators, building up a huge data base as the years went by. We were hard working and very successful, and in the year 2000 we were able to buy a small cottage in our beloved Occitania, one we could rent out during the Summer months. The house was lovely, but after a few years we found that the location was a little too high up in the mountains for comfort, so we decided to sell it and buy another house in the high valley of the Aude. After a long search we found our perfect home, stretched our budget to buy it and moved from Pradelles-Cabardes to Belvianes in 2005. 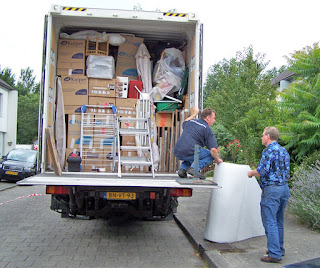 But then in 2006, after 10 years of hard work, OAD Travel decided to cancel the booklets and put all the information online on their website. With this decision, we were suddenly almost out of work. Having already bought the house in France with a heavy mortgage that was based on the income from OAD Travel, and being unable to sell it again so soon after the purchase (which is heavily taxed in France), Peter and I decided to leave Holland and emigrate to France in 2007. It wasn't a decision taken lightly, for we left behind our family and friends and were about to plunge into an unknown, insecure future, but once we had our heads and hearts set on it, we really went for it!

And so, in June 2007, Peter and I got married, and two weeks later we emigrated to France. Within 6 months we had not only moved to another country, but we also renovated the double garage into a holiday cottage, so we could generate some income. This renovation, however, had taken up all our savings, and in January 2008 we started the new year with absolutely no money in the bank, so we sold our car. We taught ourselves to create websites, so we could generate some income while helping others in this region build up their business marketing. I became the marketing manager and created our own websites. We even looked after dogs, whose owners were on holiday, just to be able to pay for the firewood for the winter. 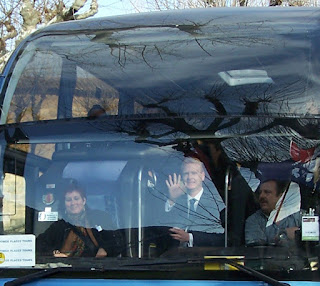 I created a holiday info website based on our database that actually generated some much needed money in the first few years, and, following the advice of a friend, I started doing guided tours for a fee, rather than for free.

In 2010 we had our first group tour and finally we could do what we are good at, where I have a certificate for, and where Peter had 20 years of experience in: tour managing and tour guiding!

In 2011 I also started writing my first novel under the nom de plume of Jeanne D'Août, hoping it would be picked up and generate some income as well, while at the same time attracting more people to this mysterious region. And it worked! (www.jeannedaout.com / books) 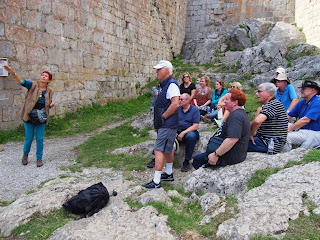 While Peter and I continued to build up Barinca Travel & Tourism year by year - promoting the Occitan culture worldwide - I wanted to stand out as an all-round guide, so I studied a lot, created an archive and I still learn new things each year, because I never stop studying. And during my tours here in this incredible region, I am trying to make people think, while explaining the different layers of the rich local history. Each place we visit is like a PowerPoint presentation in itself. 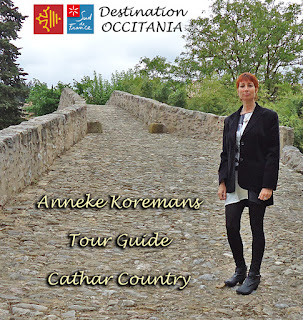 People often think that I am specialized in the Mary Magdalen legends, and that I only do tours around that subject, but that is not so. I am a passionate and serious historical guide, all-round, and available on demand to guide any person or group on any specific topic of this region. I am a fact-hunter, and I share the local legends and theories with caution, for people often think that every legend and story around certain topics is a 100% proven fact, which is not so. But I will be able to explain the underlying layers of a legend, and share with you what I have found interesting and illuminating (see: reviews). 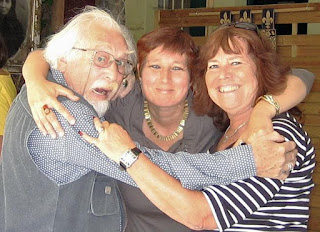 I am learning all the time, especially to think for myself. With my theories and shared knowledge I am hoping to inspire others to think for themselves too and to do their own math, for that is everyone's Birthright. To be able to respect and cherish individual philosophies, ideas and beliefs is the very heart of a tour guide, for we are all on our own individual path. That, and having a good sense of humor and the flexibility to adapt to the wishes of the client. And I have learned all that in those 25 years. Come and discover the rich diversity of Occitania, with its stunning natural beauty, its spa and wellness possibilities, its countless historical sites, its mysteries, and - last but not least - the fabulous wines and fresh French cuisine! I would be honoured to be your guide. ♥