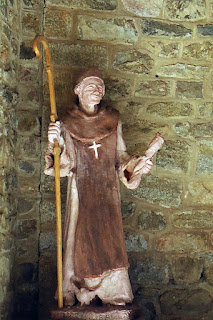 Unfortunately, the nobility was behaving violently; there was much aggression and warfare. It was time that the two cultures learned from one another, worked together for a peaceful world, and stopped fighting over land. Around 1010, someone finally stood up to make this happen.
His name was OLIBA. 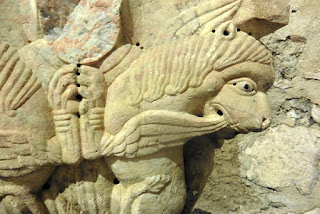 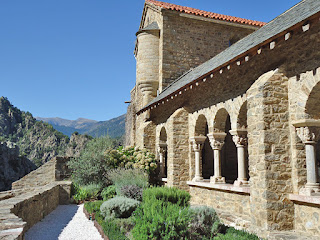 Oliba was a great promoter of Romanesque art and architecture, learning and conduct. Especially to the latter cause, Oliba had begun to promote a movement called "The Peace and Truce of God". His aim was to establish certain days in the week on which it was not allowed to commit violence among Christians. In the beginning, this only applied to Sundays and Holy days, but soon the rule applied to most days of the week. The rule also insisted that fugitives and refugees could find shelter and protection behind the walls of churches and other holy places. The rule protected all people, not just the clergy, from harm by violent behaviour. If this rule was broken, the guilty person or persons could face excommunication. 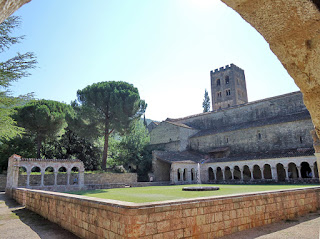 The amazing results of this Benedictine Movement of Peace and Truce, thanks to abbot Oliba's efforts to create a new, peaceful world based on learning, kindness, compassion and love, soon became famous throughout this part of Europe and the rules were set in stone at the Council of Toulouges (Roussillon) in 1027, two years after Oliba had founded the monastery of Santa María de Montserrat. Oliba also translated Arabic manuscripts into Latin, and wrote many works that can still inspire us today. 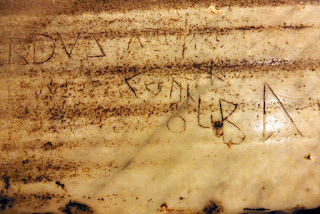 During his years, Oliba reformed, consecrated and patronized many other churches and abbeys and became a treasured adviser to Count Berenguer Ramon I of Barcelona. He even reconstructed the cathedral of Vic with support of the Countess Ermesinde, the mother of Count Berenguer Ramon I. In the year 1046, Oliba died at his monastery in Cuixà and even today he is remembered as one of the spiritual founders of Catalonia. At the abbey of St. Michel we find an inscription of his name, scratched into the altar stone; a reminder of his presence, his greatness and his influence.